This article was originally published in Otaku Magazine, volume 4, July 2008.

Fans of contemporary Japanese horror, whether in film or manga, have likely run across the term Kaidan or Kwaidan describing certain tales within many volumes of translated works available. The term refers to century-old, traditional ghost tales reflecting core superstitions of pre-Westernized Japan. The term is used sparingly in book and film titles, usually only by authors and directors who wanted to create the atmosphere of an old-time ghost story. But in many recent Japanese horror films, the influence of Kaidan comes through very strongly. 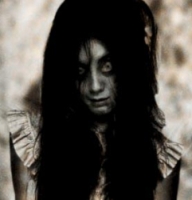 In Japanese, the term Kaidan (怪談) literally means “supernatural tale”. During Japan’s Edo Era (1603 – 1868 A.D.) the term became widespread through a popular party game called Hyakumonogatari Kaidankai (“Gathering of One Hundred Supernatural Tales”). In the game participants would try to tell 100 ghost stories in the hope of causing a ghostly apparition to appear. Of course, it was very hard to remember 100 stories and so the demand for books and pamphlets dedicated to Kaidan emerged. These printed collections of Kaidan were circulated widely throughout Japan, creating a new literary genre focusing specifically on supernatural stories and enabling party-goers to prepare in advance for their Hyakumonogatari events.

In order to meet the demand of the public’s increasing appetite for new and surprising tales, authors sought out scary tales from throughout even the remote regions of Japan to find strange or unusual material. Gradually, Kaidan contained supernatural stories with a specific geographical component or uniquely local details from various regions throughout Japan. In many cases Kaidan also contain specific, historical references to major events such as tragic battles amongst warring samurai. These important events were also depicted in early Noh and Bunraku plays, making them familiar to even the earliest of Kaidan audiences. For this reason, several scholars believe that many of the stories within these Kaidan collections are in older than the Edo Era and represent more ancient superstitions and legends.

Kaidan were introduced for the first time in the West three centuries later with the publication of Lafcadio Hearn’s “Kwaidan” in 1901. Hearn was an incredibly valuable source of information into 19th century Japanese culture and his many books are in fact the first widely published Western accounts of Japan during his time. His collection of traditional Japanese ghost tales entitled “Kwaidan” is seen as the first introduction of Japanese superstition to European and American audiences. The different spelling of the term “Kwaidan” resulted from his attempt to Romanize the Japanese word “Kaidan” for his book’s title. He decided on “Kwaidan”, an English alternative which persists to this day.

From the description above, you can see that the term Kaidan refers primarily to very old, traditional Japanese ghost tales with specific geographical and political elements. These stories have been told and retold for generations to the point that most contemporary Japanese audiences are thoroughly familiar with them. Unsurprisingly, these classic supernatural stories became a very frequent source for Japanese horror in the modern era.

During the Edo Era a well known collections of Kaidan was written by author Asai Ryoi entitled “Nursery Tales” (Otogi Boko, 1660 A.D.). It contained the story of Botan Doro (“Peony Lantern”), perhaps originally based on a Chinese tale but repeated and refined by subsequent Japanese authors such as Sanyutei Encho (1839 – 1900) and Lafcadio Hearn. Its widespread popularity resulted in its being one of the first ghost tales to be depicted in Japanese cinema with a silent picture version as early as 1910 and several differing versions in the following decades. A translated Western version was released much later with director Masaru Tsushima’s 1998 film “The Haunted Lantern”.

In 1776 author Akinari Ueda wrote a three story collection of Kaidan entitled Ugetsu Monogatari upon which the ground-breaking 1953 film by director Kenji Mizoguchi is based. I’ve personally reviewed Japanese horror films for many years and have yet to find a decent parallel for Mizoguchi’s historical depiction of Edo Era fear and superstition. If you haven’t already, this is a film you should definitely see for yourself.

Perhaps the most beloved Kaidan tale is Yotsuya Kaidan is based on the nationally beloved story of the Chushingura, an actual historical episode constituting one of Japan’s favorite samurai stories. Better known in the West as the story of the “47 Ronin”, it involves an extensive plot of revenge enacted by 47 samurai whose leader was ordered to commit seppuku after attempting to kill an oppressive rival in 1710 AD. On December 14, 1702, the 47 ronin stormed the rival’s palace and exacted their long awaited revenge, knowing full well that each would be punished by death for their participation.

This tale has long been a favorite of Japanese artists, authors and producers. As early as 1748, Takeda Izumo II wrote “Chushingura,” originally a Bunraku play to memorialize the heroic samurai. In 1825 Tsuruya Nanboku wrote Yotsuya Kaidan, a (fictitious) ghost story taking place within the context of the Chushingura tale. (The term “Yotsuya” refers to the geographic region of the historical incident.) Since then, this tale has been adapted to film in over 30 versions making it the most frequently re-told tale in Japanese cinematic history. Several very good subtitled versions of this tale have been available on DVD for quite a while.

In 1964 Masaki Kobayashi directed a film entitled “Kwaidan” based specifically on Lafcadio Hearn’s 1910 collection. The film is an excellent depiction of four traditional tales including the very important and well-known stories of “Hoichi the Earless” and “Snow Woman” (Yuki Onna). This film has been available to Western audiences in a subtitled version for quite a while and is definitely something you should see if you are unfamiliar with these classic Kaidan tales.

One of the lesser known but recently important collectors of Edo Era Kaidan was a simple prison guard. A high ranking samurai named Negishi Shizue began collecting the local ghost stories he encountered amongst prisoners under his guard as he was stationed throughout Japan. Over time, his collection eventually contained more than 1000 ghostly tales from throughout the Japanese Islands which he eventually published in a huge, ten-volume anthology entitled Mimi Bukuro, or “Bag of Ears”.

The title of Negishi’s collection, Mimi Bukuro, recently entered contemporary Japanese mainstream with a long running series entitled Shin Mimi Bukuro Kaidan (“New Ghostly Tales: Bag of Ears”). This popular 4-year series, broadcast on national Japanese television and made into several film releases, focused on local ghost tales from throughout Japan in the same manner Negishi’s original collection had, with the important difference that the tales in the new broadcast were recently collected contemporary ghost tales. Several subtitled versions from this series have already been released in the West under the title “Tales of Terror from Tokyo”.

By definition, Kaidan are generally understood as traditional tales but many recent horror films and series have sought to create a more contemporary face. Some popular alternative titles include Honto ni Atta! (“True Happenings!”) or Kowai Hanashi (“Scary Stories”). Under these, a huge wave of contemporary tales has been released, several of which are already available in the West. Though all contemporary tales, each one retains the basic Kaidan formula of a geographically specific tale depicting core Japanese superstitions and beliefs.

The 2007 film “Carved” (Kuchisake Onna) by director Kôji Shiraishi is an example of a “contemporary” Kaidan. It is based on a well-known modern urban legend originating in a specific local geographical district. It is a story which nearly all Japanese audiences are already familiar with but has been depicted here for the first time in film by director Shiraishi. This is already released in a subtitled version so check it out.

Director Yoshihiro Hoshino’s 2004 film entitled “Cursed” tells a far less familiar contemporary urban. From start to finish this tale has a very modern feel to it, but all the classic Kaidan elements are present if you are looking for them.  Even the genre-busting J-Horror films such as Hideo Nakata’s “Ring” or Takashi Shimizu’s “Ju-On” have been said to borrow from the historical Kaidan formula with their geographically-based ghost stories which begin as localized urban legends and then spread as victims of the horror increase.

Japanese horror clearly has a long-running fascination with local stories of the supernatural and this trend does not seem to have any end in sight. In many cases these recent films follow the well-established pattern of Kaidan while incorporating contemporary ghosts and victims. Whether or not the word “Kaidan” appears explicitly in the titles is perhaps no longer important. The critical element is that these films continue to convey Japan’s ancient, Shinto-based perspective on the supernatural realm, malevolent spirits, and the god-like entities occupying  earth, water, mountains and trees.