Genre: Student Revolutionary Implosion – Based on a True Story

This documentary-style film recreates the infamous Asama Sanso Incident of 1972 wherein an extreme faction of the Students Allied Red Army holed themselves up in a mountainous cabin in the dead of winter. By the time the police finally caught up with them, it was discovered that they had murderously turned upon themselves in a bizarre extension of their radical philosophy. This event virtually marked the end of the Student Revolution. 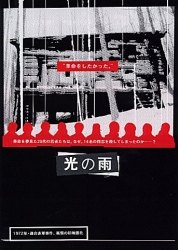 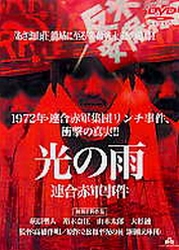 While the USA was having its own form of youth movement in the late 1960’s, Japan was experiencing violent student demonstrations under the banner of anti-democratic Socialism. The “democracy” forcibly imposed upon Japan only 20 years prior at the end of WWII was seen by many as a foreign philosophy needing to be expelled. Under the influence of the Allied Red Army (Rengo-Sekigun) massive student demonstrations rocked an otherwise peaceful Japan. At one point Tokyo University, the nation’s premier academic institution was held siege by radical students lobbing Molotov cocktails and massive bricks onto the police forces below. 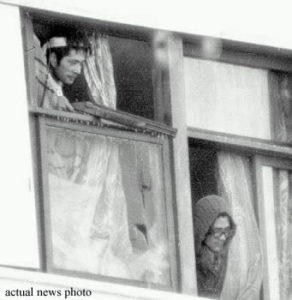 Two particularly extreme bands of student revolutionaries, already wanted for violent actions, joined together in a mountain cabin with the intent of more vigorously training themselves from the upcoming “revolution”. In the Winter of 1972, the group occupied a lodge in the snowy mountains of Asama Sanso in Karuizawa, Nagano prefecture. By holding the innkeeper’s wife hostage, they immediately attracted the attention of police and eventually a long stand-off ensued.

The police were hampered in their efforts by the harsh and cold terrain while the revolutionaries underwent a psychological implosion in their attempt to identify and eradicate those members they felt were weakening in their ideology. By the time the police finally stormed the cottage, they found that the group had literally turned upon itself, tortuously killing most of the group.

Once the outcome of the event was made known to the media, the news was literally broadcast into every living room in the nation, shocking the public and eventually leading to the undermining of the Student Revolutionary Movement as a whole.

The Asama Sanso Incident, as it has come to be known, obviously made a lasting impression upon those who witnessed the events via those TV broadcasts and the Incident has been the basis of several dramatic and violent cinematic recreations.

Perhaps the earliest is director Wakamatsu Koji’s ground-breaking 1972 Ecstacy of the Angels in which he explored the nihilistic demise of ideologically driven student revolutionaries. Undoubtedly the most violent adaptation is director Kumakiri Kazuyoshi’s Kichiku Dai Enkai [Banquet of the Beasts]. 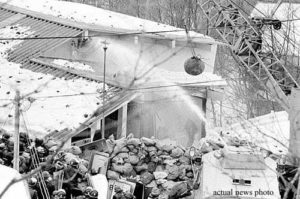 Kumakiri explicitly recalls the fascination he felt as a youth watching the nightly news analysis as to how the Asama Sanso group had ritualistically assassinated one another, and his film visciously explores that complete moral breakdown. The later 2002 film Totsunyuseyo! “Asama-sanso” Jiken [ ?????????????? / Choice of Hercules] by director Harada Masato strove to provide a more historical approach, telling the story through the eyes of the police force laying seige to the cottage.

The current film Hikari no Ame is directed by Takahashi Banmei (also known as Takahashi Tomoaki) and takes a rather unusual tact at retelling the story.

The rather unknown TV commercial producer Shogo Tarumi (Ren Osugi) suddenly announces that he will undertake a cinematic recreation of the Asama Sanso Incident and invites the novice director Anan (Hagiwara Masato) to accompany him to shoot a “making of” documentary. Tarumi and Anan proceed to interview and select the cast, polish the scripts, and then head out into the snowy mountains of Nagano prefecture.

And so this is actually a film within the film. The brunt of the dramatic narrative is actually Tarumi’s original work, telling the very gruesome and tragic tale of the group’s demise. This narrative, however, is interspersed with portions of Anan’s “making of” interviews with the cast, most often following the death of that cast member’s character. Anan explores what, if any, insight the cast member might have gained into the motivation and ultimate demise of the person they were playing.

Thus Hikari no Ame intentionally presents its audience with both the staunch reality of the Asama Sanso Incident as well as the reflections of contemporary youth thrown into the same scenario. And in this manner director Takahashi tries earnestly to create a bridge between the ideologically driven youth of the late 1960’s and his contemporary youth/audiences in the year 2001. His intent is clearly not to romanticize or idealize the horrors of the original event but to investigate whether such a bridge is possible.

This is a fascinating project and retells a truly sad tale of ideology run amuck. The narratival structure of film within a film is quite effective and wholly reinforces the depravity with which the revolutionary comrades on that snowy mountain sacrificed each other in the name of a wholly illusive “revolution”.

It is a story worth hearing and the depiction of it in Hikari no Ame is both realistic and frightening.

To my knowledge this is not yet available in any (US) subtitled version, but should certainly be. Historical and moral lessons abound.

An in-depth look into the horrific moral collapse of the infamous Asama Sanso Incident.

Realistic brutality, torture and murder, often committed by morally hesitant group members out of harsh peer pressure and fear for their own lives.

One or two sex scenes.

The fact that this spiral into utter inhumanity amongst friends actually occurred is simply mind-boggling.